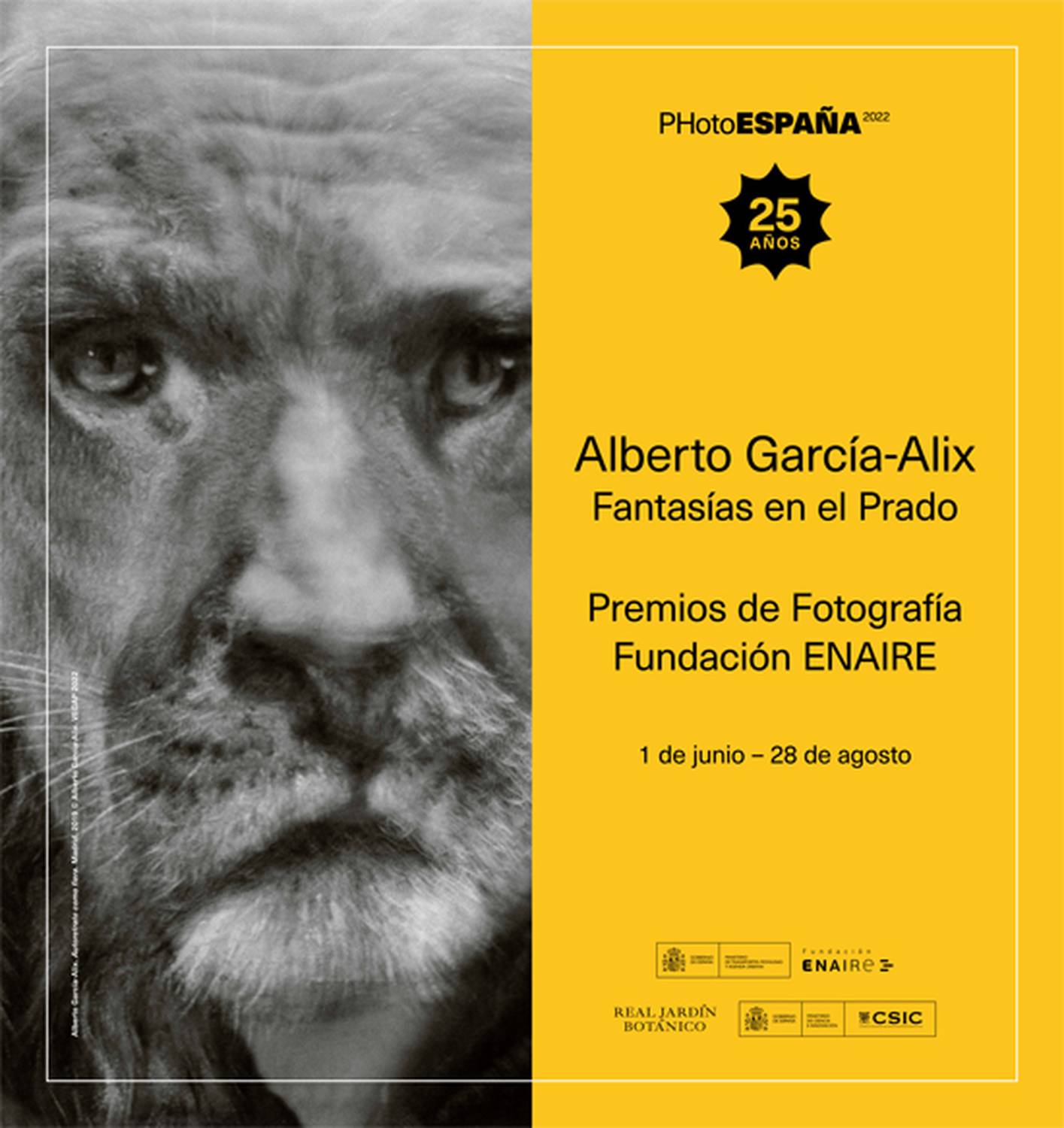 Posted at 16:11h in News by García-Alix 0 Comments

The international photography festival PHotoEspaña 2022 hosts in its XXV edition, and by the hand of ENAIRE foundation, the exhibition “Fantasies at el Prado” by the spanish photographer Alberto García-Alix. This new exhibition work, which can be seen from June 1st to August 28th 2022 at Madrid’s Jardín Botánico, is the result of four years of intermittent visits to the Prado Museum (2018-2021) in which García -Alix decides to create his own imaginary from the paintings that houses the museum. To do this, he used the technique of multiple exposures on analog film, thus managing to reinterpret some of Prado’s masterpieces, create phantasmagorias, give mystery, tension and movement to the paintings, and flesh and breath to the sculptures. “Each painting is a world. And as such, I have taken it to invent and build a new one.”

García-Alix says that he has looked in communication with history, politics and art: “I have appropriated time, light and brushstrokes. I have taken those of their authors. Those of Goya to repaint his half-buried dog, those of Velázquez to remake Las Meninas, I have veiled the Gioconda under a terrorist stain of white paint, I have taken over Rubens’s frenzy to capture what he did not dare to paint in his time, and I have self-portraited myself with a beast mask thanks to the help of Rosa Bonheur… Nothing is valuable, or comparable to the emotion I have felt working with the paintings”.

The trigger to start this project arose in 2017 with the commission of two photographs by Fundación de Amigos del Museo del Prado to commemorate the Bicentennial of the museum. “Twelve photographers were entrusted with our own interpretation, a look in intimate visual communication with El Prado,” says García-Alix. “Once the work was finished -he adds-, I was still fascinated by the photographic dialogue that I could find in many of the works, so I decided to continue, on a personal basis and with the permission of the museum, my photographic hunt through el Prado”.

It’s in 2022, thanks to ENAIRE Foundation Lifetime Achievement Award, that the exhibition, curated by Ángeles Imaña, comes to light, together with the catalog published by La Fábrica, which also includes a prologue by the art historian Manuela Mena, former deputy director of Conservation and Research of  El Prado Museum. “Garcia-Alix’s photos make us see with his eyes, when we enter El Prado, some paintings or sculptures that have been with us for more than four hundred years, that were created in a past very different from the present time and that, however, his images are close to us, as of our days, as if time had not passed”, argues Mena in her text.

The photographer’s fascination with El Prado Museum began as a child, together with his siblings, when his mother, a Philosophy and Letters teacher, took them for a walk through the museum’s rooms and taught them about the history and technique behind each work. Those visits left their mark on him, being today an avid reader and great connoisseur of Spanish history, in addition to considering El Prado as the best photography school there can be, especially portraiture. Among his favourites, those made by Antonio Moro for the Duchess of Feria and María Tudor, works that he has included in this new photographic series and that captivate him by the gaze of their protagonists, the placement of light, and the position of bodies and hands that the painter gave them.