Posted at 15:07h in News by García-Alix 0 Comments

With this exhibition, Doctors of the World tries to give visibility to the most disadvantaged, making the society aware of the precariousness of their daily lives and the need to have a more united world.

For this project, García-Alix moved to Paris – city in which Doctors of the World opened in 1986 the first free health center for people without economic resources – to portray: Nicole, Grégoire, Roger, Pierre, Mahfouda , Avram, Elisei, Aber, Gaëlle, Kounouz, Smoke and Yasmina.

After the opening in Paris, “Mise au poing” has been exhibited in the cities of Lille and Bordeaux (France). 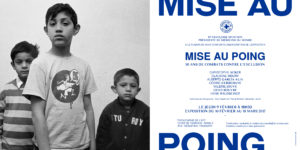